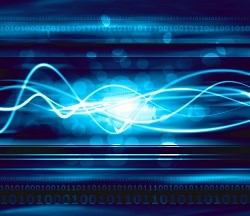 The decarbonization of the energy sector was once a distant aspiration. However, recent developments in the power industry have set us on course towards decarbonization before the mid-century, and this aspiration is now considered a reasonable (albeit ambitious) goal.

The recent commitment by industry association Eurelectric to decarbonize by 2045 has shifted the discussion in the industry beyond goal-setting to the more difficult challenge of identifying and implementing the means to achieve this goal.

The Smart Electric Power Alliance (SEPA), an educational nonprofit organization working to facilitate the electric power industry’s smart transition to a clean and modern energy future, has seen comparable trends in US utilities, which have made similar commitments to a carbon-free future.

Selecting the appropriate path to decarbonization is a subject of much debate, but all such paths will by definition have certain stepping stones in common. Notable among these are much wider applications of photovoltaics and other distributed energy resources (DERs), plus more effective self-management of electricity usage by consumers and businesses.

Blending DERs into the mix

The bulk of renewable energy sources developed today are highly distributed, geographically speaking. A mix of industrial-scale solar and windfarms, coupled with a proliferation of roof-top solar in residential and small business settings, means that power is being generated and stored in far more locations than ever before.

This in turn places unprecedented pressures on electrical grids, which need to accommodate two-way current flow and a dynamic, continuously changing load.

In some cases, grids are bypassed altogether, through community energy schemes that involve the establishment of localized microgrids as well as dedicated DER assets that operate entirely independently from the broader distribution infrastructure.

Overall, distribution utilities are experiencing significant disruption, both in terms of the necessary transformation of their electrical grids, and the associated evolution of their business models. And DERs are at the heart of this disruption.

The growth in use of DERs brings significant benefits, most notably a more sustainable power generation model that offers substantial reductions in carbon footprint.

At the same time, this shift also introduces challenges in terms of the relative stability of power supplies and the smooth operation of the grid itself. This is due largely to the erratic nature of renewable energy, its availability, weather conditions, time of day and other factors.

This imbalance was captured, in part, more than a decade ago in the form of the ‘Duck Curve‘ ” a graphic representation of the dynamic nature of solar energy demand and supply over the course of a day. Essentially, as the sun goes down and people return home from work and school, the renewable energy supply drops and more power is drawn from the grid to make up the gap.

This results in a substantial grid imbalance, which continually grows in scale and complexity as solar generation proliferates and becomes a significant part of the overall power mix.

In this environment, monitoring and ensuring grid performance and stability becomes a daunting challenge. Distribution utilities need to know exactly how much power is being generated at any given time in order to effectively manage the flow of power between substations, residences and businesses. To accomplish this, they need grid intelligence, and specifically, real-time knowledge of grid operating conditions.

Synchrophasor provides much greater visibility and temporal accuracy over traditional methods such as SCADA, but offers much less frequent, asynchronous measurements. The ability to track grid performance in close to real-time is invaluable for utilities as they seek to avoid or compensate for disruptive events, and ideally prevent broader outages.

To properly support this kind of time-sensitive, highly-precise measurement and analysis, advanced communications must be extended beyond main substations to low-voltage substations and feeder circuits. However, many utilities traditionally employ proprietary, narrowband wireless technologies to build individual, dedicated field area networks (FANs) for each new application they deploy.

However, those FANs are ill-suited to support new bandwidth-intensive applications like synchrophasor. This application-specific FAN deployment approach also saddles utilities with multiple, discrete networks. For example, they’ll have one network for synchrophasor, another for FLISR/FDIR for self-healing and service restoration capabilities, another for AMI and so on.

Furthermore, the FANs being deployed today are frequently based on different, often proprietary networking technologies, each of which will need to be managed and maintained independently.

This approach is cumbersome at best, generally resulting in higher operational and maintenance costs, decreased visibility across the grid and little or no interaction or coordination between applications.

As a result, utilities are searching for a more sophisticated, nuanced approach. Some have started to build converged FANs that incorporate broadband wireless connections based on standards-based 4G/LTE technology, with IP/MPLS (multi-protocol label switching) services running on top to support high-speed, high-capacity data transport and backhaul capabilities everywhere (see figure).

This kind of network can support virtually all needed applications simultaneously, while enabling smooth, seamless and secure interactions between these applications.

The above capabilities combined make grids more responsive and intelligent, and by extension capable of seamlessly integrating DERs into the mix, helping ensure grid stability while accommodating varying power generation and customer demand.

Beyond the operational benefits for utilities, enhanced FANs can also make it much easier to connect smart meters and other intelligent devices that consumers and businesses can use to monitor their energy usage and, ideally, adjust consumption patterns. Some strategies could involve shifting some activities to times of day when solar power is more abundant, such as doing laundry or running the dishwasher during the daytime, rather than in the evening.

Utilities can use the more detailed information and analysis at their disposal to offer incentives that encourage consumers to adopt particular behaviors, which helps reduce pressure on the grid at certain times of day, and spread the load in a more favorable way. They can also use this data to develop storage capacity in a strategic way, perhaps through the promotion of residential storage to help extend the value of their DER investments. These moves can empower consumers to use energy optimally, as utilities work to integrate more renewables.

The benefits of a converged FAN are not limited to those available today. The deployment of such networks also puts utilities in the ideal position to incorporate new technologies and management strategies as they emerge.

Edge cloud computing and the Internet of Things, for instance, promise to transform a variety of industrial processes through speedier response, more fine-grained control and oversight of a wide array of connected devices, enabling ever more intelligent management of complex systems, such as the electrical grid in this new power industry landscape. Without appropriately robust connections, however, such ‘smart grid’ strategies are likely to fall flat.

Smarter grids promise to deliver more intelligent distribution capabilities, better coordination, integration and optimal use of DERs and more efficient use of existing energy resources at a time when utilities strive to reduce carbon emissions. Because of their important role bringing greater intelligence and control to electrical grids, a converged FAN is an essential element in the carbon-free energy future.

You can meet experts from Nokia at European Utility Week later this year in Paris, when the event will be co-located withà‚ POWERGEN Europe. Click here for details.à‚
The developing role of distributed energy sources will be discussed in detail atà‚ POWERGEN Asiaà‚ in Septemberà‚