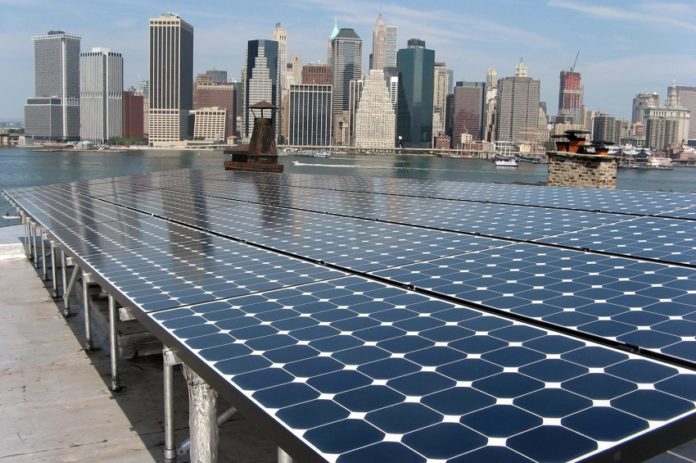 According to Variety, singer Luis Fonsi’s hit ‘Despacito’ broke a new digital record when it surpassed 5 billion views on YouTube, becoming the first video in the platform’s history to hit that milestone, writes Abbot Moffat.

As interesting as that may be for pop culture enthusiasts, it holds another very interesting fact for those following data center trends. According toà‚ Fortune.com, ‘Despacito’ views burned as much energy as 40,000 US homes use in a year because “every search, click, or streamed video sets several servers to work – a Google search for ‘Despacito’ activates servers in six to eight data centers around the world – consuming very real energy resources”.

Forty thousand US households may not sound like much when compared with the 128.58 million households tallied byStatistaà‚ for the 2019 US count. However, to put it into a data center context, energy consumed by 40,000 households per year is also equivalent to Netflix‘sà‚ total energy consumption of 451,000 MWhs in 2019. The global rollout of 5G networks will only exacerbate the amount of videos watched and power consumed.à‚

Although cloud data centers such as Google and Facebook have made great progress in optimizing their energy use, if the energy consumed by streaming over 5 billion ‘Despacito’ videos is any indication of what is coming , we need a more efficient means to produce, store, and dispatch power, or the carbon footprint will be more of a deep, embedded tire tread.à‚

Slashdotà‚ writes that Anders Andrae, a researcher at Huawei Technologies Sweden, says he expects the world’s data centers will devour up to 651 TWh of electricity in the next year. His calculations, published in the International Journal of Green Technology, cited byà‚ CBC, suggest data centers could more than double their power demands over the next decade.

Andrae projects computing will gobble up 11 per cent of global energy by 2030 and cloud-based services will represent a sizable proportion of that. “This will become completely unsustainable by 2040,” he says.

The US government attempted to help with its Energy Policy Act of 2005 to combat growing energy problems by providing tax incentives and loan guarantees for energy production of various types, but it still had little impact due to the high cost of solar panels. à‚

The cost of solar panels has been steadily dropping.à‚  According to a blog published by The Solar Nerd, the price of solar energy has dropped by an incredible amount. Back in 1977, the price of solar photovoltaic cells was $77 for just one watt of power. As of the blog’s January 16, 2020 posting, The Solar Nerd says it’s now around 13 cents per watt, or about 600 times less. The blog goes on to say that the cost has generally been followingà‚ Swanson’s Law, which states that the price of solar drops by 20 per cent for every doubling of shipped product.

These solar panel advancements are fine for feeding power into the grid from 10 am to 2 pm, but for peak usage time, their large-scale utility value wanes. The solar projects need a cost-effective method of storing energy as well.

Batteries’ blistering performance
Improvements in lithium-ion technology, plus the extended Investment Tax Credit (originally established by the Energy Policy Act of 2005), has transformed battery storage into a notable contender for utilities burning coal, natural gas, or diesel fuel. And becoming a much-needed complement to utility-scale solar installations is the new Teslaà‚ Megapackà‚ and its competitors from companies like BYD and Fluence.

According to Tesla’s July 2019 blog,à‚ Introducing Megapack: Utility-Scale Energy Storage, the company has built and installed the world’s largest lithium-ion battery in Hornsdale, South Australia, using Tesla Powerpack batteries. The blog goes on to say that the facility saved nearly $40m in its first year and helped to stabilize and balance the region’s unreliable grid. This was the genesis behind a new battery product specifically for utility-scale projects called the Megapack, which comes from the factory fully assembled with up to 3 MWh of storage and 1.5 MW of inverter capacity.

Rubicon Professional Servicesà‚ (RPS), a builder and upgrader of mission-critical facilities around the world, has experience with installing this kind of battery storage system, as well as Tesla’s aggressive pricing, and sees the company putting a lot of downward pressure on pricing across the board as customers and investors get more comfortable with utility-scale battery storage.

In addition, with the adoption of large-scale storage combined with solar, the batteries can supply power for peak usages times into the 6 p.m. to 8 p.m. time zone, as opposed to peaker plants firing-up diesel generators during this time frameà¢€”batteries can respond immediately with zero pollution created.à‚

Don’t try this at home
When it comes to deploying solar panels tied into Tesla’s Megapack batteries, professionals are requiredà¢€”many utility companies do not have experience with this new power source yet, and there is often a gap in the utility inspectors’ knowledge. When commercial solar rooftop installations were taking off, inspectors would come out with residential experience to inspect commercial operations. There’s a big difference between inspecting a 14-panel residential system and a 10,000 panel commercial system.

There is a similar knowledge gap happening with battery storage systems. Even though these systems are ultimately tied into the grid, many installations are not owned by the utility, but by a private investor or a development company. Inspectors who are used to evaluating heavy industrial equipment, such as chillers and rooftop electrical equipment, may not be that familiar with this new technology.

The installation, inspection and commissioning process requires the assistance of an organization trained in these new technologies, such as Rubicon Professional Services. Inspectors are more familiar with methods of tying into the switchgear, the way the electricians are wiring their disconnects. When they see these areas are done well, they have a greater confidence that this consistency is carried over to the new elements they may not be familiar with.à‚

There are new and more efficient methods of producing and distributing power to keep those servers feeding our favorite applications and unceasing media consumption. These new energy sources allow utilities to curb the use of diesel generators and coal-power plants to augment peak performance consumption with renewable energy sources.

The promise of a “kinder” more efficient power source must, in part, be fulfilled by qualified installation professionals working with industry inspectors in order to harness, contain and disperse a more eco-friendly version of Thomas Edison and Nikola Tesla’s dream.à‚