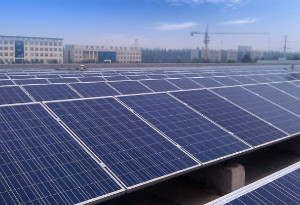 The government of China’s Shandong province has revealed progress on its programme of planned efficiency conversions on existing residential buildings, representing 19.5 million square metres of space.

According to a spokesman, the province initially aims to outfit all buildings with 12 stories or fewer with BIPV and solar hot water systems.