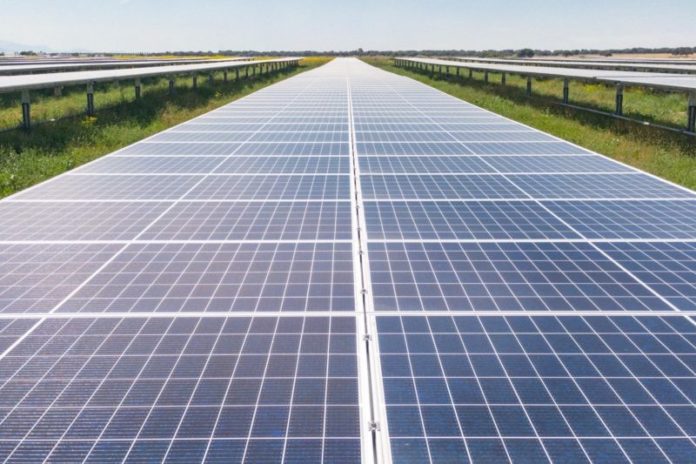 Solar PV is set to be the fastest growing renewable resource during the coming decade, the International Energy Agency finds in its latest World Energy Outlook.

This growth is attributed to the low cost of solar after the sharp 80% cost reductions over the past ten years and supportive policies. It now offers what is reckoned as some of the lowest cost electricity ever seen.

The IEA finds that notwithstanding uncertainties facing the market, renewables will continue to grow rapidly in the years ahead.

In the baseline ‘Stated policies’ (STEPS) scenario in which the Covid-19 pandemic is brought under control and the global economy starts rebounding during 2021 and current policies continue, renewables meet 80% of the growth in global electricity demand to 2030 and 90% to 2040.

Under the more ambitious ‘Sustainable development’ (SDS) scenario in which the energy system is put on track to meet all announced sustainable objectives in full, deployments of solar reach even higher to 280GW in 2030 and 320GW in 2040.

The Outlook described elsewhere on this site aims to offer pathways to respond to Covid-19, or more correctly governments’ responses to the pandemic and their impacts on homes, businesses, transport, industry and more.

Energy demand and its future growth, as well as when the economy might rebound are all uncertainties that face the sector and impact its transformation and the meeting of broader climate and emission targets.

For example, under the STEPS scenario, the global temperature increase could reach 2.7o C by 2100, whereas under the SDS scenario it is limited to 1.5o C, the IEA calculates.

The Outlook ” and the ongoing project news brought by Power Engineering International ” indicates that renewables are less affected than other fuels by the pandemic. Indeed, power generation from renewables is the only major source of energy that has continued to grow in 2020, and this resilience sets the tone for the next decade and beyond, the publication states.

Conversely, coal shows a marked drop with its share in the global generation mix falling from 37% in 2019 to 28% in 2030 in the STEPS scenario. Coal demand in advanced economies drops by almost half in that time.

The Outlook points to the key drivers for solar PV’s almost 20-fold expansion over the past decade as being targeted policies in over 130 countries and technology cost gains. These also have helped in turn to bring down the cost of financing, which accounts for up to half of the overall levelised cost of generation for new utility-scale solar PV projects.

As a result, the levelised costs of electricity (LCOE) of utility-scale solar PV is equal to or below that of new coal and gas-fired power plants in major regions around the world. In some cases, the LCOE of solar PV developed under revenue supported mechanisms can provide electricity at or below $20/MWh, while the lowest price seen in a competitive auction so far is $13/MWh in Portugal in August 2020.

“At these price levels, solar PV is one of the lowest cost sources of electricity in history,” states the Outlook.

Moreover, solar PV is now also the most cost-effective new source of electricity in many countries. New utility-scale solar PV projects in Europe and the United States are in the range of $30-60/MWh, and in China and India $20-40/MWh. These ranges are consistent with the average prices reported in recent auction results.