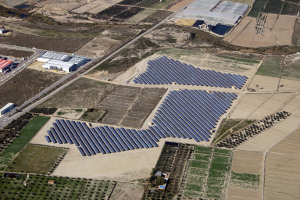 Spanish project developer Fotowatio Renewable Ventures (FRV) has signed an agreement for the construction of a 50 MW solar photovoltaic (PV) plant in Jordan.

The agreement with Jordan’s state utility, the National Electric Power Company, calls for a power purchase price of $0.69/kWh.

Jordan‘s energy ministry said the project will require investment of around $85m. FRV will construct the plant, to be sited in Mafraq in the northern part of the country, under a build-own-operate model.

FRV won the project in a Jordanian tender for 200 MW of solar power earlier this year, with three other companies also winning contracts for 50-MW plants. FRV is the first bidder to complete a power purchase agreement. à‚

The project is scheduled for completion in 2017, and is expected to generate around 1 per cent of Jordan’s installed capacity.