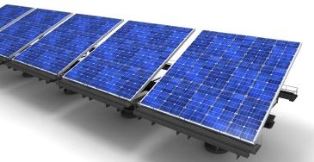 Global installations of solar photovoltaic (PV) systems will reach 59 GW this year, according to new analysis.

The figure represents an increase of 33 per cent over 2014’s numbers.

According to a report released this week by market research firm IHS Technology, which has now raised its 2015 forecast from the mid-year figures it had previously issued, 2016 should also see an increase of 12 per cent on this year, with 65 GW of solar power capacity expected to be added worldwide.

IHS said the main drivers behind its revised forecast were an acceleration of projects in the US ahead of the expiration of the solar investment tax credit; and faster growth in China as an increase in long-term government targets looks likely.

The report predicted that 2016’s total global solar capacity would come in at over 300 GW.

“IHS Technology already had one of the most bullish forecasts in the industry,” said Ash Sharma, senior research director for IHS. “But due to accelerated and expanded deployment in the United States, as well as in China, India and other countries in Asia, our forecast has increased further.”

Echoing the forecast for strong growth in Asia, a report issued last month by analysis firm GlobalData predicted that installed solar PV capacity in the Asia-Pacific region alone will increase five-fold in the next decade.