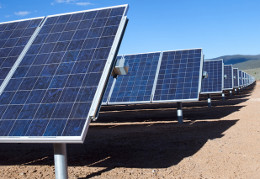 The plant is expected to cover the province’s current power shortfall of 900 MW.

“The Korean government has agreed to invest in the power sector of Balochistan, and has signed a memorandum of understanding for building a 300 MW solar power plant with the provincial government and to start work on the remaining 700 MW of the project,” said Additional Chief Secretary (Development) Aslam Shakir Baloch.

The official said that the province was moving ahead on the $9.1m Solar Energy Home Project, in which about 300 villages in areas of the province will receive electricity.