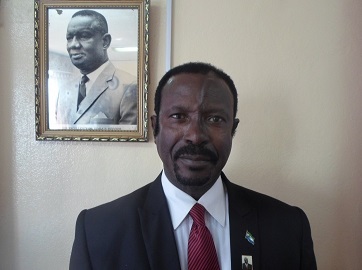 Currently the country has one of the lowest power generation capacities in Africa with 100 MW serving 5-6 million people, due largely to a devastating decade-long civil war that ended in 2002.

“$3.5bn is the projected cost of achieving the minimum 1 000 MW,” Bash-Kamara said in an interview. “This is what it’s expected will come in foreign direct investment.”

With state finances under strain, the government wants investors to cover the capital investment and then recoup their money by selling power to the national grid.

A number of projects are already in the offing.

The government has signed a memorandum with China’s Hydrochina to build two hydroelectric power plants, totalling 260 MW at a cost of more than $800m. In addition a partnership between Mujimoto Sierra Leone and China National Electric Engineering Company (CNEEC) and renewables company New Generation Energy plans to develop solar-thermal facilities with a capacity of up to 500 MW.

Jindal Steel and Power, India’s second biggest steelmaker, has signed a memorandum to build a 350 megawatt coal-powered plant in the northern Port Loko district, while the capital city of Freetown has signed up renewable energy firm Joule Africa to increase the city’s hydroelectric power capacity at Bumbuna Dam from 50 to 250 MW at a cost of up to $800m.

Sierra Leone is losing between 30 per cent and 38 per cent of the power it produces due to problems with the transmission network, the minister said. In a bid to renew the ageing grid, the government will offer private investors the chance to operate the network, outside Freetown.

Bash-Kamara told Reuters that it was hoped the increase in power would make Sierra Leone a more attractive investment destination and facilitate government plans to develop manufacturing.