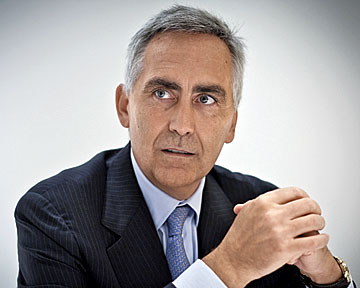 Siemens (NYSE:à‚ SI) has presented a three-point plan at a German energy conference that it says can save the country $198bn while still achieving renewable power targets, if adopted.

Siemens CEO Peter Loscher (pictured) presented the report at the Siemens Energiewende-Dialog in Berlin and he believes the energiewende can be achieved without compromising Germany‘s competitiveness.
Mr Loscher said: “Siemens stands behind the energy transition. However, the project is currently at a critical stage. We need decisions that will maintain our country’s competitiveness over the long term. Our aim is to achieve a sustainable energy system with secure supplies and affordable electricity.”

The Three-Point Plan is based on an analysis of the status quo relating to the energy transition. High electricity rates are burdening private households and industry alike and threatening Germany’s competitiveness.

For private households, electricity rates were nearly 40 per cent higher than the European Union average in 2012 for industrial facilities.

The plan involves restructuring of the electricity market, increasing energy efficiency, and a European coordination of the energy transition.