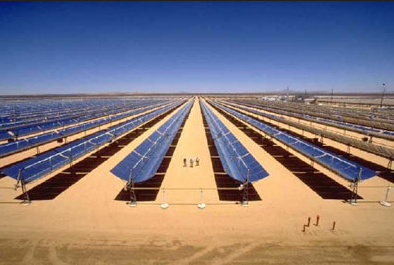 The company that acquired Wuxi Suntech Power, once the world’s largest solar manufacturer is looking to issue $774m of shares in a bid to build solar power plants.

Shunfeng Photovoltaic International plans to sell as many as 600 million new shares at not less than HK$10 apiece, according to a statement to the Hong Kong stock exchange. The company is also planning to change its name to Sunfu International Ltd.

The new name and the share offering reflect the company’s expansion from a manufacturer to a power producer. It acquired Wuxi Suntech Power in April for 3 billion yuan ($480m), the biggest panel maker in 2012, and this month agreed to buy an inverter company. A sister company owns a stake in the wafer supplier LDK Solar Co. Shunfeng Chairman Zhang Yi said in January that the company would install 3 GW of solar systems this year.

The goal is to “become the world’s largest integrated clean-energy supplier,” Chief Executive Officer Eric Luo said in a video on Shunfeng’s website. The company is controlled by real estate tycoon Zheng Jianming, who took a 30 percent stake in 2012.

Chairman Zhang said Shunfeng expects to install 10 GW of solar power in the three years through 2016.