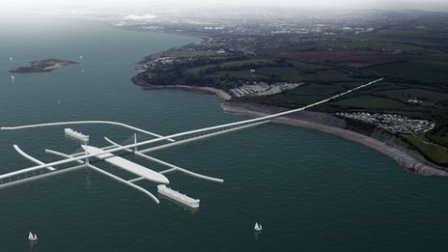 Plans for a £25bn ($38bn) tidal barrage across the longest river in Britain have been slammed by members of the UK Parliament’s Energy and Climate Change Committee as economically, environmentally and publicly unacceptable.

The proposal is to build the 18 km-long barrage across the Severn between England and Wales. It was originally to be built with public money but was vetoed in 2010 by the then energy secretary Chris Huhne, who said there was no strategic case for the project.

It was then picked up by private consortium Hafren Power and it was these revised plans analysed by the energy committee.

The barrage would have 1026 very-low-head bi-directional turbines, generating approximately 16.5 TWh/year on both ebb and flood tides. Hafren believes that renewable tidal power from the scheme could provide energy for up to 5 per cent of the UK’s electricity needs, but the committee found a lack of clarity in Hafren’s proposals.

Committee chairman Tim Yeo said: “It became clear during the course of this inquiry that more detailed, robust evidence about Hafren Power’s proposal and claims is needed. We cannot recommend the Hafren Power scheme as currently presented to us.”

He said the committee remained unconvinced that “the economic case for the proposed barrage is strong enough”.

He said that the project “is likely to require a very high level of support over many years” and he did not “believe at this stage that the barrage would be competitive with other low-carbon technologies”.

Yeo also said that Hafren Power had “failed to answer the serious environmental concerns about a potential barrage adequately” and stressed that “far more detail and evidence is needed before their project could be regarded as environmentally acceptable”.

He emphasised that the UK needed innovative solutions to help it hit it decarbonisation targets and tidal energy was “a vast resource which remains largely untapped”.

However, he added that tidal and marine projects “must demonstrate their economic, environmental and technological credentials and their ability to gain stakeholder support” and said that the Hafren Power proposal had failed to achieve this and therefore was “no knight in shining armour for UK renewables”.

Dr Stephanie Merry, head of marine renewables at the UK’s Renewable Energy Association, said: “The Severn Estuary clearly has tremendous potential for helping to decarbonise our electricity system and increase the supply of home-grown, renewable energy, boosting our energy security. However, it is clear that significant questions over the economic and ecological viability of the barrage project remain.

“The potential for marine energy in UK waters is significant – whether wave, barrage, tidal lagoon or tidal stream – and every effort should be made to bring forward economically and ecologically sound marine energy projects.”