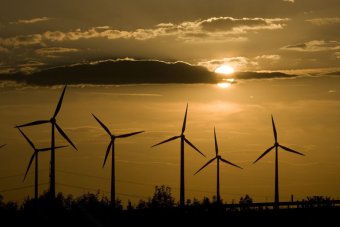 Senvion SE has concluded four contracts with ENERTRAG, one of the major renewable energy suppliers in Europe for supply and installation of 27 wind turbines with a total rated output of 54.45 MW for four wind farms in France.

Senvion, a wholly owned subsidiary of the Suzlon Group, the world’s fifth-largest wind energy turbine manufacturer, will provide the full maintenance of the wind farms for 15 years.

Renneville wind farm, located in Champagne-Ardenne, is under construction and the commissioning is planned for June 2014. Nine Senvion MM92 wind turbines each with a rated power of 2.05 MW, a hub height of 100 metres and a rotor diameter of 92.5 metres, will be installed for this wind farm. With a total rated output of 18.45 MW, it will cover the electricity needs of approximately 18,500 people (including heating) and save 12,300 tons of CO2 emissions annually.

18 Senvion MM100 turbines, each with a rated power of 2 MW, a hub height of 100 metres and a rotor diameter of 100 metres, are destined for three wind farms in Chaourse, Anguilcourt and La Ville-aux” Bois-làƒ¨s-Dizy, located in the Picardy region.

They will be the first MM100 turbines installed in France. With a swept rotor area of 7,854 m2, the MM100 enables the capture of more wind energy and suits perfectly to the wind conditions of low wind sites in France.

The installation of Chaourse wind farm is planned for the end of 2014. After completion, these three wind farms have 36 MW of rated power output and will provide electricity to approximately 36,000 people (including heating) and save 24,000 tons of CO2 emissions annually.