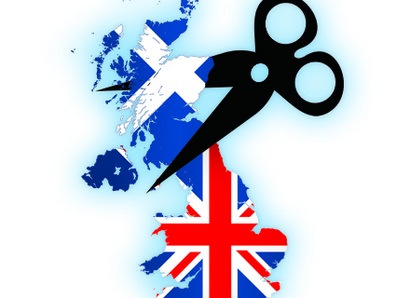 As Scotland goes to the polls to decide whether to remain in the UK or become an independent nation, a report published this week has found that investment in renewable power projects would likely be damaged by a ‘Yes’ vote.

The report from Bloomberg New Energy Finance (BNEF) predicts that investors, project developers and banks would lose confidence in the wake of a Scottish decision to leave the UK, while uncertainty over the future of both the UK power market and incentive support for renewables in Scotland would delay many projects.

BNEF said the ensuing energy sector negotiations between Scotland and the rest of the UK would be “complex, involving tough bargaining, and would be likely to extend over a period of many months, if not longer”.

Kieron Stopforth, a BNEF analyst and the report’s author, said: “These delays could hit projects in the whole of the UK for a time, but the longer-lasting effect would be on those in Scotland if they are unable to compete for support under the [UK’s] Renewables Obligation or Contract for Difference [CfD] schemes.”

The report noted that Scotland’s 664 MW Beatrice offshore wind project, with an estimated cost of $3.4bn, has been chosen by the UK’s Department of Energy and Climate Change (DECC) for an early power price contract under its new CfD scheme. While DECC’s first full CfD auction is scheduled for next month, it has not yet commented on whether a ‘yes’ vote could delay it.

Michael Liebreich, BNEF’s advisory board chair, said a ‘yes’ vote “would be likely to slam the brakes on the Scottish renewable energy sector”. He added: “The number one priority for Europe’s energy sector is to achieve higher levels of market and technical integration, to balance variable renewable generation. Any change that threatens that, especially if it creates a long period of uncertainty, is a step in the wrong direction.”

Angus McCrone, BNEF senior analyst, noted that “in the very long term” Scotland’s well-supported renewables sector will undoubtedly rebound. However, he added that one renewable power project developer, Infinis Energy, has already said it will defer investment decisions on two Scottish wind projects until the referendum’s outcome and effects on energy policy are known – with the implication that others are likely to follow.

The UK’s total investment in renewable power projects amounted to a record-breaking $13.1bn last year, putting it in second place below Germany among European nations. The report noted that Scotland’s ongoing contribution includes 4.7 GW of commissioned wind farms, with another 900 MW financed or under construction, 5.7 GW permitted and 11.3 GW at the announced or planning stage. The permitted category alone, BNEF pointed out, could equate to over $12bn in investment.

In an interview with UK newspaper The Telegraph, Liebriech said Scottish independence would “absolutely render it impossible” for the new nation to meet its 2020 renewable energy targets due to delays while its subsidy systems were reformulated.

“You’d have two, three, four years of negotiations,” he said. “That takes us through to 2017-18 and there’s just not enough time to build … after that, even if there’s a good outcome that gives Scotland a great framework,” he said.