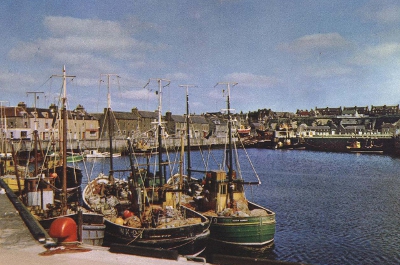 A biomass system in Scotland, which was intended to provide heat and power for over 500 homes has been mothballed, and the local authority in question is under fire as a result.

The Caithness Heat and Power (CHaP) scheme has seen expenditure of à‚£14m from the taxpayer, but the wood chip-powered plant has been shelved after running into endless troubles over the course of a decade.

Householders in Wick, Caithness, were to receive the service from the plant, run by a not-for-profit company set up by Highland Council in Scotland.

The facility failed to deliver and an oil-fired generator is now being used in its place.

A report published this week by the Accounts Commission, found that “serious deficiencies” led to the “significant” net loss to the taxpayer. The Commission in 2010 uncovered “fundamental failings” in the way the project was structured and managed.à‚

Caithness Heat and Power (CHaP) was set up as an arm’s-length company by the council in 2004, but ran into major problems and had to be taken back into council ownership in 2008.

Highland Council wound up CHaP in 2012, with Ignis Energy taking on the supply of 160 homes previously supplied by the defunct firm.

A follow up report from the Commission has been scathing, saying “As a result of its own actions between 2002 and 2008 and, in particular, the lack of good governance, the council has not secured value for money from the substantial amount of public money spent.”

Accounts Commission chairman Douglas Sinclair told the Scottish Express: “Arm’s-length external organisations can be an option for delivering council services, but only if the necessary safeguards are built in from the start. Caithness Heat and Power was an example of how not to do this. Serious deficiencies in the governance of the project have led to significant loss of public money.Highland Council has learned an expensive lesson.”

A spokesman for Highland Council said: “The council fully recognises and deeply regrets the failings of Caithness Heat and Power during the early years of its operation. Since taking control of the enterprise in 2008, the council has worked tirelessly to minimise the losses and to learn lessons to ensure that the failings are not repeated.”