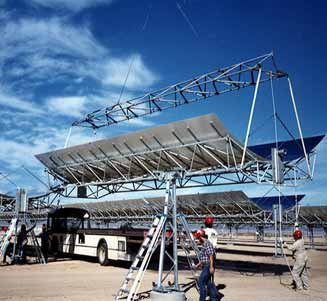 Reuters reports that the Ouarzazate project will total 350 MW in capacity. ACWA Power is already building a 160 MW solar power plant in the first stage of the project.

The plants, which are scheduled to start generating power in 2017, are part of a government plan to produce 2 GW of solar power by 2020, equivalent to about 38 per cent of Morocco‘s current installed power generation capacity.

To finance the plants, Morocco has secured loans of $519m from the World Bank, $654m euros from German state-owned bank KfW and the rest from the African Development Bank (AfDB), the European Commission and European Investment Bank (EIB).