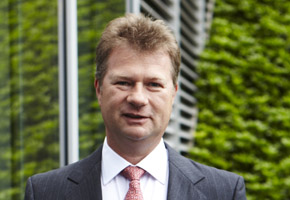 RWE Innogy anticipates that it will have sewn up a $2bn (à‚£1.3bn) deal to finance the Galloper offshore win

“The plan is to have a deal in autumn, either October or November,” Hans Buenting, chief executive of RWE’s renewables unit Innogy told Reuters, adding it was planning a cooperation with three partners, whom he said he was not authorised to name.

The deal would allow for RWE to hold a 25 percent stake in the 336 MW project, located 17 miles off the coast of Suffolk in eastern England.

It would represent a positive turnaround for the German utility after its initial partner for Galloper, SSE dropped out of the project in a bid to cut costs.