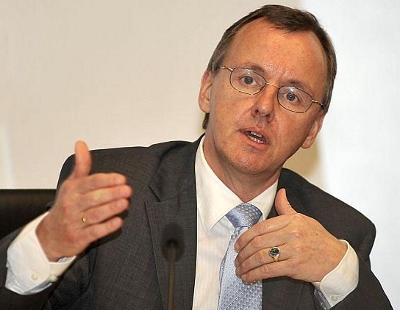 POWER-GEN Europe and its co-located event Renewable Energy World Europe, the leading conference and exhibition for the international power and renewable industries, have confirmed that the first two speakers for its highly anticipated joint opening keynote session.

Key conference sessions will address the unprecedented era of change being experienced within the power sector and the challenges faced as Europe looks to transition to a low carbon future and achieve a balance between affordable, clean and reliable electricity. Germany’s much debated ‘Energiewende’ will provide a core focus for the conference, making Cologne a fitting venue for this year’s event.

“Our keynote speeches offer attendees new insights and perspectives on the developments that are shaping our industry,” says Nigel Blackaby, conference director, POWER-GEN Europe 2014. “With Germany undergoing such a radical change in the structure of its electricity sector and the potential implications for the rest of Europe, this year’s event will be ideally situated to engage in this crucial debate. Open to anyone to attend, they always draw a large audience and we are delighted to have secured such high calibre keynote speakers, who promise to offer new insights into the future of the industry.”

Matthias Hartung is the CEO for RWE Generation SE and RWE Power AG. An expert in both mining and power generation, he started his career as an engineer at the opencast mine in the Rheinish Area. As a board member of RWE Power, he was responsible for lignite mining, upgrading and lignite-based power generation from 2004 up to 2010. He was then appointed the Executive Vice President of RWE Power AG and Member of the RWE Power AG Executive Board. He holds a Degree in Mining Engineering.

Vesa Riihimaki (pictured right) is the President of Power Plants and Executive Vice President for Wärtsilä Corporation. He joined Wärtsilä Diesel Oy as a Design Engineer in 1992 and has since gained extensive technological knowledge and held several key positions specializing in power generation systems design. He holds a masters degree in Engineering.

Last year’s POWER-GEN and Renewable Energy World Europe event in Vienna welcomed 12,248 attendees from 104 countries alongside nearly 600 exhibitors and over 200 speakers. Based on current numbers, this year’s event in Germany is anticipated to exceed these figures.