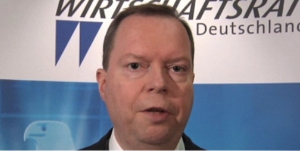 While welcoming Germany’s new energy minister’s comments on reforming the country’s Renewable Energies Act, RWEà‚ (FWB:à‚ RWE) CEO Peter Terium says that it is not enough and that the entire electricity market needs to be reformed.

Mr Terium was speaking at the Handelsblatt Energy Conference in Berlin, as was new minister Sigmar Gabriel.

Mr Gabriel said in his first speech on the subject that renewable reform was essential in order to maintain economic health.

“We have reached the limit of what we can ask of our economy. The energy transformation (energiewende) has the potential to be an economic success, but it can also cause a dramatic de-industrialisation of our country.”

“It would be irresponsible to run a power plant, if I lose money every day,” Terium said, adding that it was of no benefit to him or the company’s shareholders. He also used a football analogy to reinforce the need for strong reserve energy capacity.

“We need spare capacity to absorb the fluctuations in solar and wind power, and for the operators to be paid for it. As the debate on energy policy is often a bit confused, I can use football imagery. If you want to be champions, you need a strong bench, and the people on the bench to be paid for, although they do not always play.”

Terium went on to say that customers would pay for the provision of reserve capacity and it should be decided by a free market system, “not politicians, energy companies or the regulator. It should be determined by the needs of competition and the customer.”

He later told attendees at the event, “More decentralised energy has to mean more than just the isolated, parallel operations of many power producers,” Terium said. “We have to integrate the elements of the energy transition in a sensible way.”

Economy and Energy Minister Gabriel earlier said he was opposed to a capacity mechanism that would include all loss-making conventional power plants in Germany, warning that costs associated with such a step would be too high.