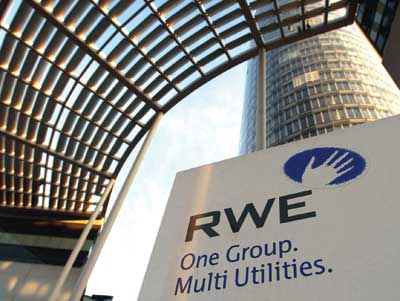 The German energy transition, or energiewende, continues to have an adverse effect on the country’s utilities with RWE announcing that it is planning to reduce costs by an additional $1.3bn.

In its efforts to deal with low wholesale prices for energy and an increase in renewable capacity, RWE (FWB:à‚ RWE) will cut about one in ten jobs over the next two years.

This means the power giant is to cut 6,750 jobs across Europe between 2014 and 2016, in effect shedding 18 per cent of its workforce when other recent announced cuts are taken into account. Its German workforce is set to bear the brunt of the cuts.

Chief executive Peter Terium said: “We will step up our efficiency measures significantly. By 2017, this will contribute additional 1bn euros of savings.”

“Our objective is to cushion the effects of the unfavourable market conditions for our power plants. However, we will not be able to offset them completely.”

Germany’s commitment to energy change has meant that feed-ins from solar and wind are increasingly taking the place of power generated from fossil fuel power stations.

The company’s third-quarter statement revealed that profit from conventional power generation fell from €2.3bn from January to September 2012 to €841m in the same period this year, a decline of 64 per cent. The group made a net loss of €370m in the third quarter, compared with a profit of €296m in the same period last year.