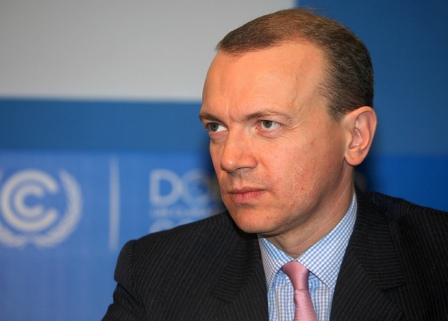 A report by industry body WindEurope recommends that the European Union raise its renewables target to 30 per cent by 2030 or risk being left behind.

The potential of the EU to be a wind industry hub is being undermined by the current target of 27 per cent and the lack of a clear regulatory vision facilitating renewables is further hindering progress, according to the report.

“Europe is far from being number one on renewables,” said Giles Dickson, chief executive of WindEurope, in a statement. “China beats us on total volume and new installations, India on policy ambition, and the US in many areas of technology, especially on grid integration.

“We still have a competitive industry that’s winning orders overseas. But we will lose that competitiveness if we don’t have a strong domestic market.”

WindEurope called for national legislation to support planning and permitting of wind energy projects to continue beyond 2020, and warned an unstable regulatory framework in Europe and stronger political commitments for renewables outside of Europe are resulting in a shift in wind energy investment trends towards other markets.

The report warns that the current scenario militates against the chances of strong wind operations from the likes of Vestas (OMX: VWS) and Siemens (NYSE: SI) meeting potential in the sector.

It warned that abrupt and in some cases retroactive regulatory changes in EU countries have altered energy markets to the detriment of the wind energy, with new installations down by nine per cent in the first half of this year compared to last and declining since 2013 in some well-established wind energy markets such as Italy, Portugal and Spain.

“Government policy on energy across Europe is less clear and ambitious than it was. Only seven out of 28 EU Member States have targets and policies in place for renewables beyond 2020. We have dysfunctional electricity markets. The transition to auctions has been less smooth than it should have been. And we’re lacking long-term signals for investment.”

Francesco Venturini, chief executive of Enel Green Power, said the time has come for institutions and the industry to “embrace the transition and make it work”.

“First-class technologies are available in Europe but to really have an impact policy must come along.”

In response to a query on how feasible it is to raise the renewable target, European Commission energy and climate action press spokesperson Nicole Bockstaller told Power Engineering International, “The European Commission will come up with a revision of the EU’s Renewables Energy Directive by the end of this year. Obviously, I cannot pre-empt the outcome at this stage as preparatory work is on-going.”

Energy Union Vice President Maros Sefcovic had words of reassurance at the Wind Europe Summit in Hamburg on Tuesday. He told the gathering that Brussels aims to encourage and protect investments in the renewable sector to help reduce costs and offer certainty to investors. He also promised to make better use of EU financial instruments, so as to contribute to reduce capital costs across the EU in a non-distortive manner.

“The revision of the Renewable Energy Directive planned for the end of this year will be about mapping out the mechanisms to ensure we meet the EU target of at least 27 per cent renewables by 2030.”

“We are looking at how to encourage ambition in the national plans and to provide the right incentives to deliver these plans. But we may also have to consider possible remedying measures in case we see in the early 2020’s that we are “off track”.”