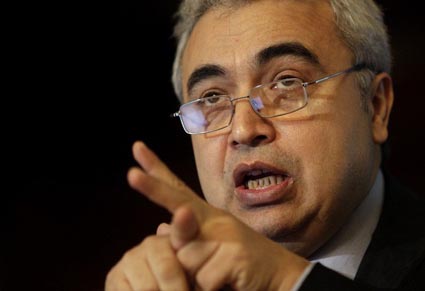 Renewables will be the world’s fastest-growing energy market segment to 2020, the International Energy Agency (IEA) said today in an annual report.

According to the agency’s Medium-Term Renewable Energy Market Report 2015, renewable capacity additions over the next five years will surpass 700 GW, accounting for almost two-thirds of net global power capacity additions. Of this increase, non-hydropower sources such as wind and solar photovoltaics (PV) will represent nearly half.

The report said the share of renewable energy in global power generation is expected to grow to over 26 per cent by 2020, from 22 per cent in 2013, with deployment increasingly shifting to emerging economies and developing countries and these markets set to make up two-thirds of new capacity additions.

Chinaà‚ will account for nearly 40 per cent of total renewable power capacity growth, the report said, requiring almost one-third of new investment to 2020.

The report attributed its results to the declining costs associated with renewables due to technology progress, improved financing conditions and expansion of deployment to newer markets with better resources.

However, despite the positive forecast, IEA Executive Director Fatih Birol (pictured) warned that “this is hardly the time for complacency” and urged governments to implement stable, supportive policy measures. “Governments must remove the question marks over renewables if these technologies are to achieve their full potential,” he said.

Financing, regulatory barriers, grid constraints and macroeconomic conditions still pose challenges for renewables adoption in emerging economies, the report noted, while in industrialized countries utilities are under pressure from the rapid deployment of renewables. “Wavering policy commitments à¢€¦ in response to such effects can undermine investor confidence and retroactive changes can destroy it,” the IEA warned, noting that global renewable capacity growth “is not as fast as it could be” and that annual installations are “falling short of what’s needed to put renewables on track to meet longer-term climate change objectives”.