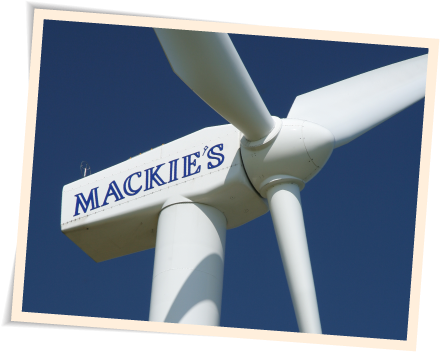 Highlighting the increasing number of Scottish food and drink companies powering their businesses using on-site renewable energy, trade body Scottish Renewables has launched an initiative to recognise a dozen companies which are leading the trend.

To be launched at this year’s Royal Highland Show, the ‘Made in Scotland from Renewables’ initiative showcases 12 farms and food producers which are using a range of technologies, including wind power, solar energy, biomass and hydro to power their operations.

Niall Stuart, Chief Executive of Scottish Renewables, said: ‘I am delighted an increasing number of companies in this fast-growing sector recognise the tremendous economic and environmental benefits from powering their businesses using renewable energy.

‘We are finding that businesses using renewable technologies on site are getting payback on their investment in just a few short years, meaning they are saving money in the long run.’

Stuart added: ‘There are four persuasive reasons why these food businesses are moving to renewable generation; to lower their energy costs in the future, to reduce their carbon footprint, to potentially generate income ” and because consumers are increasingly conscious of the environmental credentials of everything they buy.’

For example, ice cream manufacturer Mackie’s was one of the early adopters. The company, based in Rothienorman, Aberdeenshire, has three Vestas 850 kW wind turbines (with permission for a fourth) as well as 174 kW of solar power on the roofs of farm buildings, with further permission granted for a solar farm of 1.8 MW.

Finance director Gerry Stephens explained: ‘Making ice cream uses a lot of energy, so we set out to make up for that by using renewables ” and we have become one of the greenest companies in the UK.’

‘Made in Scotland from Renewables’ is being hosted at the Royal Highland Show by the McDermott Group.