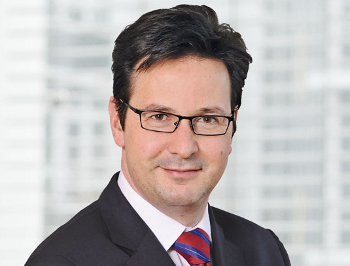 Police are investigating possible links to ecological protestors, after a top German utility executive was the victim of an acid attack in Haan, outside Dusseldorf, on Sunday morning.

Two men threw the corrosive substance in the face of Innogy‘s chief financial officer, Bernhard Guenther, as he walked in a park. Mr Guenther managed to raise the alarm and is in stable condition.

According to the Times, there was no claim of responsibility but the German domestic security agency, which has joined the investigation, suspects that the attack was connected to a long-running battle between RWE and environmentalists.

Innogy is the renewable energy subsidiary of electric utility RWE, which has been engaged in disputes with environmentalists over its open-pit coal mining in the country. Protesters have set up encampments in the Hambach Forest near Cologne to protest the company’s coal mining, according to Handelsblatt.

“We are all dismayed and horrified by this terrible act,” said RWE CEO Rolf Martin Schmitz. The firm’s competitors joined in expressing outrage at the assault. “The attack left me stunned,” said Johannes Teyssen, CEO of rival electric utility Eon.

Uwe Tigges, Chief Executive Officer of innogy SE, said: “We are deeply shocked at this dreadful news. Our thoughts are with Bernhard and his family at this time and we are all hoping for a rapid recovery.”

A number of companies in the energy sector told the newspaper that they had stepped up security for their executives as a precaution on Sunday.

Innogy has been troubled in recent months, following the resignation of its CEO Peter Terium before Christmas, and the issuing of a profit warning.à‚ The company’s supervisory board said it did not have faith in Mr. Terium’s plan to turn the company around.

This was not the first attack on Gàƒ¼nther, according to the authorities. The 51-year-oldà‚ was alsoà‚ assaulted and beaten up several years ago.à‚ The police were now probing to see if the two incidents were linked, Germany’s DPA news agency reported.

^ On Wednesday, the Rheinische Post news website reported that police were also investigating other potential motives for the attack on the Innogy executive.à‚