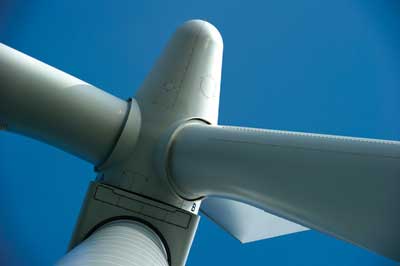 Wind power capacity has almost doubled in Poland over the last two years as developers look to get their investments off the ground before the Polish government cuts subsidies ” probably next year.

EKO Energia Polska Sp. z o.o.à‚ clinched a deal with the grid operator to link Poland‘s largest wind farm (225 MW) to the transmission network last month and is one of the lucky projects to survive before the government starts auctions for fixed-price contracts to drive down prices for renewable energy.

Prime Minister Donald Tusk (pictured) has pledged to stem increases in consumer power bills while meeting a European Union mandate to clean up emissions from electricity generation.
Lukasz Dziekonski, management-board member at energy investor the Marguerite Fund told Bloomberg: “We see much anxiety toward the new regulations. We expect developers will be trying to sell, or at least to connect projects to the grid until mid-2015. The wind-farm market is becoming a buyers’ market.”

By connecting projects before the cut-off date, developers can choose to receive the existing subsidies or wait for the new system. Some currently opt for tradable green certificates, which utilities buy to meet clean-energy targets. Certificates for new projects with no grid deal will be superseded by auctions next year, forcing developers to compete on price.

Helped by subsidies, the country’s installed wind capacity grew 34 per cent last year after jumping 41 per cent in 2012 and now totals 3462 MW, according to grid operator PSE SA. Capacity is set to rise to 4040 MW this year, amounting to more than a tenth of total generation.

The Economy Ministry expects to cut subsidies by more than 2.4 bn zloty ($780m) in 2015, reducing power prices for consumers by 26 per cent to 20 zloty a megawatt-hour. The plans are laid out in draft regulations due for a cabinet vote in the coming weeks.

Germany, France, Spain, Britain andà‚ Italyà‚ have all trimmed clean-energy subsidies after a boom in installations drove up power costs for consumers. Investments in renewables inà‚ Europeà‚ fell 41 per cent to $57.8bn last year, according to data compiled by Bloomberg.

Investors in Polish renewables that fail to get projects off the ground before the new rules come into force may also face delays to the start of auctioning, according to the Marguerite Fund.