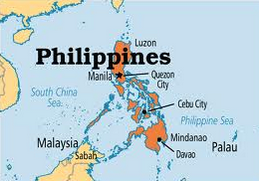 Solar photovoltaic specialist Conergy, has announced the completion of phase one of the Philippines’ first utility-scale solar park, which was switched on at an opening ceremony in San Carlos City today by Benigno Aquino III, President of the Republic of the Philippines.

The 50 MW incentive scheme distributed over three years to attract investment in solar is part of efforts to expand power generation in the country, where the economy is growing at 6-7 per cent per annum but constrained by the fifth highest electricity prices in the world, and frequent, protracted blackouts. With a coastline close to double that of the United States’, climate change is also high on the agenda of the Pacific nation, and the government targets a tripling of renewable energy power generation by 2030 to over 15 GW.

The President of the Philippines paid tribute to the project saying, “It serves as a shining example of the collective steps we are taking to minimize climate risk – the fruit of our efforts to ensure that future generations will not be subject to the same vulnerabilities as we are now [experiencing]”, referencing Typhoon Yolanda.

Utility-scale solar plants can be built quickly and cost-effectively, with relatively low operational and maintenance costs. When well designed, and properly constructed, they can play an important role in reducing pressures on domestic power generation.”

In its first phase, the San Carlos City project features 13 MW of power capacity, which will be expanded to 22 MW in the coming months. Once complete, the plant will generate enough electricity in a year to power the equivalent of 13,000 local homes.

Alexander Lenz, President for Conergy Asia & Middle East, Conergy, said: “This is a big moment for the Philippines, where the country’s proximity to the Equator, high electricity prices and logistical complexity, offer huge potential.”