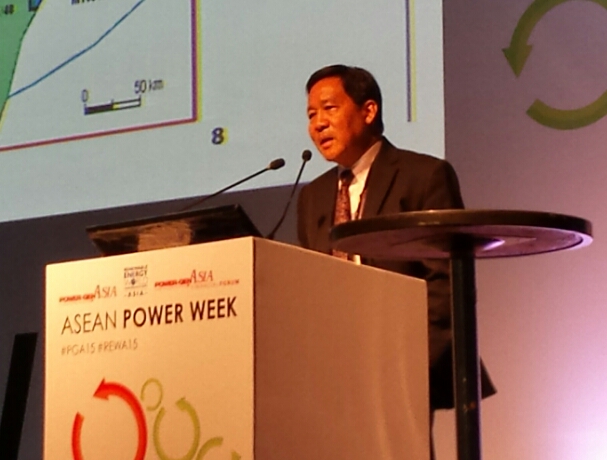 Thailand’s renewable energy ambitions were outlined at the opening session of POWER-GEN Asia in Bangkok today.

And while there was widespread support for the promotion of renewable technologies, there were also warnings about the way in which they are deployed.

Permanent Secretary to the Ministry of Energy, Kurujit Nakornthap, stressed that “electricity is a basic requirement for a growing economy”.

He said that while Thailand had plentiful fossil fuels with price stability, it also had “Abundant renewable resources” ad had set itself a target of growing the number of renewables in its energy mix from the existing 8 per cent to 20 per cent by 2030.

This would come, he said, by utilising not just wind and solar but also biomass and biogas technology.

Soonchai Kumnoonsate, governor of the Electricity Generating Authority of Thailand (EGAT) said that “if we want a sustainable tomorrow we have to take steps today”.

But he warned a balance had to be struck to ensure a rounded energy mix that met all the conditions of the energy trilemma: security, equity and sustainability.

He said that “many people want to follow the German model, but renewables need flexible back-up” and added that “in many countries subsidies for renewables are pushing fossil fuel plants out of the market”.

However he stressed that it was EGAT’s aim to deliver 20 GW of renewables into Thailand by 2016.

Dr Piyasvasti Amranand, chairman of Thai energy company PTT, cautioned that “we have to be extremely realistic about the true potential of renewables”. In particular he wondered if there really was enough potential for growth in Thailand for the biomass and biogas sectors.

And he said that that any focus on developing Thailand’s energy sector had to first focus on energy efficiency and curbing demand.

“I am not sure I see concrete measures in energy efficiency that will curb power demand. If that is the case we could see a rapid growth in demand.”

And this surge of demand, he warned, would result in a reliance on fuel oil, “which is expensive and dirty”.