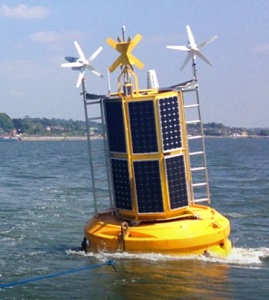 Six marine energy companies are set to deploy their technologies at an Irish test site after receiving funding from an EU programme.

The €11m ($14m) FORESEA programme this week approved the funding, which will allow the firms to deploy demonstration projects at the SmartBay Marine and Renewable Energy Test Site 1.5 km off Spiddal in County Galway.

The programme helps to bring offshore renewable energy technologies to market by providing free access to a network of European test centres including the European Marine Energy Centre (EMEC) in the UK, SEM-REV in France, SmartBay in Ireland and Stichting Tidal Testing Centre in The Netherlands.

At the SmartBay site, which was granted a 35-year license in December, companies are able to trial and validate prototype equipment and marine sensors in water depths of up to 25 metres. The site is designed to allow smaller scale devices, or those at an earlier stage in their development, to test in less challenging conditions than those experienced at full-scale Atlantic Ocean test sits.

John Breslin, SmartBay Ireland’s general manager, said the funding “marks the beginning of a new phase for the development of sustainable low carbon technologies in Ireland, with a significant increase in the planned testing of a range of promising devices in the SmartBay Test Site”.

Gareth Stockman, CEO of Marine Power Systems, added: “With an estimated 100 GW of ocean energy capacity deployable in Europe alone, the potential economic and environmental benefits to be gained from our oceans are significant.”

The FORESEA programme currently has an open call for further proposals, which closes in June.