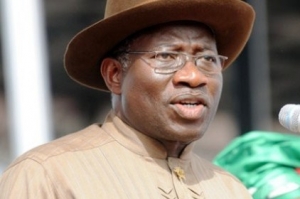 A 3 GW hydropower plant is to be built in Nigeria after over 30 years of delay. à‚

This week the office of President Goodluck Jonathan (pictured) issued a statement saying the Mambilla power plant in the state of Taraba has finally been given the go-ahead. à‚

According to various sources the project was first conceived in either 1960 or 1982. After the cancellation of a previous contract, in 2012 Nigeria and Chinese developer Sinohydro Corporation signed a memorandum of understanding under which Sinohydro would build the power plant. In 2011 French firm Coyne et Bellier, the hydropower division of Tractebel Engineering, was awarded the contract for design and works supervision. But in late 2013 Nigeria’s power ministry said the contract with Sinohydro had been cancelled and it was looking to several Chinese EPC firms to provide funding.

At a meeting this week with a delegation from multinational EPC the Power Construction Corporation of China (PowerChina), Jonathan announced that the company would take the project forward. PowerChina is a conglomerate made up of Sinohydro, HydroChina Corporation and China Renewable Energy Engineering Institute.

When completed, the Mambilla project will be Nigeria’s largest hydropower installation, and will double the nation’s installed capacity.

In a 2013 statement to media, power ministry permanent secretary Godknows Igali said, “The Ministry is in agreement that the Mambilla project has been on the drawing board for about 30 years. This, however, is not unexpected for hydro projects of this complexity, scope and size.

“This is very well in accordance with the project development process of such projects and in line with International Commission on Large Dams (ICOLD) standards on construction of large dams prescribing a requirement for detailed study and re-study, design and redesign of large dam projects until optimal efficiency levels are attained.”