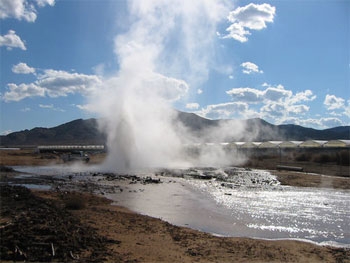 The government of Nicaragua has signed an agreement with Iceland to study investments in geothermal projects. Iceland is one of the world’s leaders in this energy sector.

The agreement was signed by Nicaragua’s minister of Energy and Mines, Emilio Rappaccioli, and Iceland’s minister of Industry and Innovation, Ragnheidur Elin Arnadottir.

Rappaccioli put Nicaragua’s potential to produce geothermal energy at 1500 MW. However, in the current electric matrix only 647.6 MW come from this energy source.