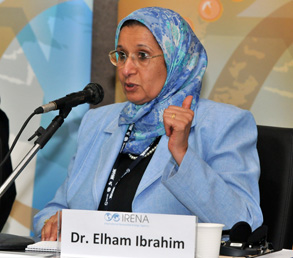 New agreements will be signed next month for geothermal development projects in Kenya and Ethiopia, according to the African Union’s infrastructure and energy commissioner.

Ibrahim was speaking during this month’s ministerial session of the second high level meeting of the Africa-EU Energy Partnership (AEEP) in Addis Ababa.

GRMF grants amounting to $22M have already been awarded to five projects in Kenya and Ethiopia, according to Out-Law.com.

In 2012, GRMF said it had about $62m available for cost share grants. A ‘developer manual’ provides detailed information about the facility, including how to apply for funding.

In October 2013 Reykjavik Geothermal, whose Icelandic geothermal expertise is backed by US investors, signed a deal with Ethiopia to build a 1000 MW geothermal power plant, Africa’s largest, in the volcanically-active Rift Valley. The company said that, when complete, the project will be Ethiopia’s biggest foreign direct investment, run by its first privately-owned utility.