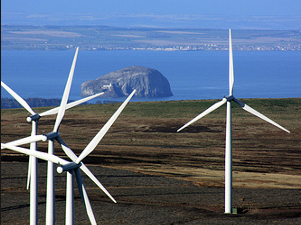 A hostile press on wind power in the UK is being seen as one of the reasons why a wind farm capital investment scheme only received a fifth of the amount targeted.

“Through the fundraising period there were several negative press stories regarding wind in the UK in reference to the cost of living debate and the government’s forward energy policy,” Matthew Ridley, a partner at London-based Temporis, told Bloomberg. “This may have had an impact on our fundraising, even though wind is the least costly source of renewable energy in the U.K. and is well supported.”

The funds managed by Temporis raised 4 million pounds ($6.7 million) for wind and hydropower plants, compared with a goal of 20 million pounds. There will be enough money for projects this year when combined with funds from other parties, Ridley said.

Land-based wind turbines have met opposition from those who say they blight the landscape and are against green levies added to consumers’ power bills to spur investment in the industry.

Power from onshore wind farms is one of the cheapest forms of clean energy, costing about $84.8 a megawatt-hour compared with rates at greenhouse-gas emitting coal-fired power stations of $82.1 a megawatt-hour, according to Bloomberg estimates.

Temporis will invest the money raised in a 10 MW wind farm and two hydropower plants totalling 3 MW, Ridley said. The funds have a minimum target dividend from these projects of 5 pence a share from the second year and the figure is expected to rise to 6 pence to 8 pence a share, he said.