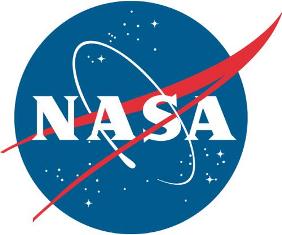 NASA is included in a list of nine projects aimed at developing clean energy at federal facilities throughout the US.

The projects are focused on advancing the development of combined heat and power (CHP) and renewable energy technologies at the facilities and help meet energy efficiency, renewable energy, and greenhouse gas reduction goals.

The funding includes nearly $2 million for three projects to increase the use of CHP to generate electric and thermal energy from a single source and more than $3 million for six renewable energy projects to install solar photovoltaic (PV) systems.
Projects funded included:

à¢€¢ National Aeronautics and Space Administration (NASA) à¢€” Lyndon B. Johnson Space Center in Houston: This 13.7 megawatt (MW) CHP system at the center is expected to net more than $29 million in energy savings over its lifetime. This will be NASA’s first CHP deployment: there is potential for 73 MW of CHP across the agency.

à¢€¢ Department of Defense (DOD) à¢€” Army Aberdeen Proving Ground in Edgewood, Maryland à¢€”This 7.9 MW CHP system, executed under an energy savings performance contract, will replace a steam generation plant being decommissioned in 2016. The new system will provide 86 percent of the site’s steam supply and offset 50 percent of current electricity use. The project will also develop standard protocols à¢€” including design, air permitting, and electrical interconnection à¢€” that can be replicated across DOD.

à¢€¢ National Science Foundation (NSF) à¢€” Arctic Program at Thule Air Base in Greenland: This 30 kilowatt (kW) CHP system will serve as a model for NSF facilities and assist agencies in evaluating the replacement of diesel generators at any remote, isolated government sites, such as DOD forward operating bases, FEMA emergency zones, forests, and parks. Typically electricity and fuel costs are excessively high in the Artic, and the maintenance requirements for a microturbine are far less than diesel engines.

à¢€¢ Department of Defense (DOD) à¢€” Army in Fort Campbell, Kentucky: This 5 MW ground-mounted PV system will be installed on an abandoned landfill, which is otherwise unusable land. The multi-megawatt project will encourage further solar deployment in an area of the country underserved by renewables. The Army can apply lessons learned to other large-scale, landfill-based PV projects.