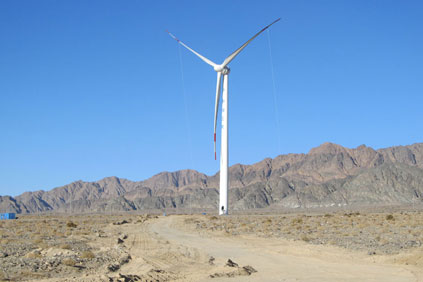 Bolivia has opened its first wind power facility, constructed by Chinese company HydroChina at a cost of US$7.6m and the country’s president has pledged to increase wind energy’s share in the power sector.

The opening was performed by President Evo Morales at an event in the town of Qollpana, in Cochabamba state, 500 km east of La Paz, Bolivia‘s capital.

The pilot wind farm will generate 3 MW of energy per hour for the town’s 24,000 inhabitants. Most of Bolivia’s energy production is thermal and hydroelectric, but Morales said that could change in the future. He said plans in the near term are to double the production at the small Qollpana facility.

The plant uses a pair of 1.5MW Goldwind turbines and will be run by HydroChina, which provided EPC services at the project for the Bolivian government.