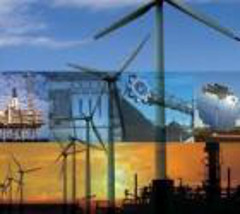 Europe’s early attempts to transition to a low-carbon power mix have produced mixed results, a new report has found.

The experiences of three countries ” Germany, France and the UK ” were examined by the Centre on Regulation in Europe (CERRE) in a report released this week. It found that the changes in technologies, social norms and institutions that accompany the energy transition have given rise to conflicting interests, making it “a lengthy process that requires strong political support”.

Extra pressure on electricity bills has caused some countries to “water down” some climate policies, the report said, while the EU’s carbon market has delivered a “weak and volatile price signal” and national feed-in tariffs have “failed to adjust à¢€¦ in line with cost reductions” by the renewable power sector, so that consumers have failed to fully benefit from them.

In addition, the three countries have addressed the need for more flexible backup power due to the influx of renewables on the grid in an “uncoordinated fashion”, resulting in a “patchwork” of different capacity mechanisms.

Some of the “large and diverse” risks facing the energy transition are unavoidable, CERRE noted, and it recommends that policymakers seek to allocate costs “in an efficient manner” in order to minimize the overall cost.

Among the recommended ways to do this are offering long-term contracts for new investment in both renewable and backup power capacity; energy auctions, which should reflect the rapid cost reductions that come as renewable technologies approach maturity; and “forward-looking” policies designed to support the high up-front costs that are necessary but not currently supported by power market regulations.

Clarity on short-, medium- and long-term regulatory frameworks is needed from governments, CERRE said, and it cautioned that EU rules should complement rather than substitute for national policies. à‚ à‚