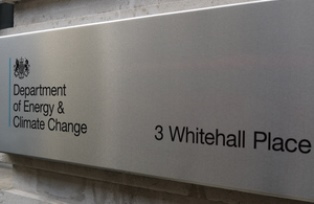 Proposed changes to the Renewable Heat Incentive (RHI) have divided the biofuels industry.

FG Insight reports that one camp is confident the biomass industry will soon stand up on its own without subsidy while the other fears the sector’s collapse in Britain.

The Department of Energy and Climate Change (DECC) has been moving to cut the amount of subsidies for renewable technologies in order to see a cost effective supply chain support itself. But the Renewable Energy Association (REA) has warned the cuts are ‘short sighted’ and could side-track progress being made on meeting UK renewable heat targets.
Cuts to the RHI ” a subsidy launched to support the uptake of renewable heat systems ” also pose a threat to the anaerobic digestion (AD) industry, which has been recently negatively impacted by reductions in the Feed-In Tariffs and extremely tight deployment caps.

This represents a reduction the installation of biomass boilers of 99.1 per cent and 97.9 per cent compared to 2014 and 2015 respectively.

Frank Aaskov, policy analyst at the Wood Heat Association (REA subsidiary) said: “The government has now proposed to further reduce biomass boiler tariffs by up to 61 per cent, but many tariffs have already been cut by 58 per cent since July 2014. This new proposal would make most biomass heating projects unviable, and represents a dramatic 98 per cent reduction in deployment.

“If these proposals are enacted, it would represent the loss of five years’ worth of government effort and investment that have helped built a mature and stable industry.

“Biomass represents the majority of the decarbonisation of the UK heat sector, and 89 per cent of the renewable heat in Europe.”

However, Steve Milner, managing director of renewables firm Earthmill, said the move demonstrated the rapid growth in popularity of biogas and combined heat and power systems.

“The gradual reduction in incentive, much the same as the successful sliding tariffs for wind power through the FITS scheme that were cut last year, is intended to drive early adoption of renewable technology and kick start the industry whilst it is in its early years,” Milner said.