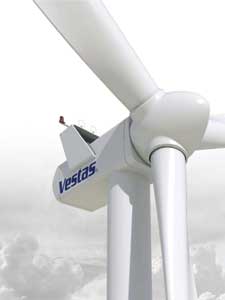 Vestas (OMX: VWS) has been the subject of mixed fortunes in the last 24 hours. The company has been selected by Enel Green Power to provide equipment for a 99 MW wind power project in Chile but has also seen a lawsuit being filed against some of the firm’s executives.

Vestas will be supplying Enel Green Power with 33 V112-3.0 MW wind turbines that have a combined capacity of 99 MW for the “Taltal” project, which will be located in Taltal, in the Antofagasta region in Chile.

Meanwhile it has emerged that Deminor International has filed an €11m damages claim against present and former Vestas executives on behalf of 87 individual claimants.

Vestas is not mentioned as co-defendant but is “suggested to protect its interests during the law suit”, according to the manufacturer.

Grounds are similar to a class action suit already being pursued in the US, in which the main concerns are changes in accounting practices and the subsequent impact on investors, albeit on a different basis.

According to Re-News, Vestas said it has reviewed the claim and believes that it is “without merit”.