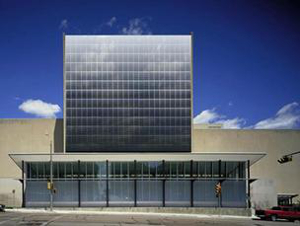 As part of a large restoration project, the Milwaukee Public Museum located in downtown Milwaukee, Wisconsin, US has replaced its original south-facing marble facade with 234 solar panels to form an array of 98 kWp.

Developed by Convergence Energy LLC, the new seven-story facade will generate an estimated 77 MWh per year and uses Ingeteam inverters.

The museum is the first building in the City of Milwaukee to have a Building Integrated PV (BIPV) solar wall.