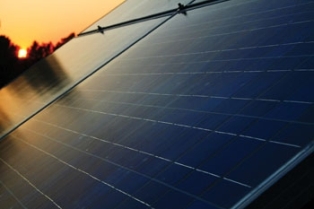 A 30 MW photovoltaic plant believed to be the biggest to date in Latin America is to be built in Mexico.

The facility is being built by Martifer Solar and is funded by local development bank Nafin, International Finance Corporation of the World Bank, and Corporaciàƒ³n Aura Solar.

The plant is being constructed for Gauss Energàƒ­a and is in La Paz, Baja California Sur, on a 100-hectare site. It is expected to be completed in August.

It is Mexico’s first utility-scale solar project under a power purchase agreement between a private company and Comisiàƒ³n Federal de Electricidad, Mexico’s federal power company, ensuring the sale of the produced energy over 20 years.

Hector Olea, chief executive of Gauss Energàƒ­a, said: “Due to its dimension, this project in Mexico will open the way for the development of the photovoltaic sector in the country, where, to date, were installed 13 MW of PV projects.”

With approximately 132 000 modules installed on single-axis trackers, the plant will have a capacity of 82 GW/hr a year.

Alvaro del Rio Garcia, country manager of Martifer Solar in Mexico, said: “This plant places us as an unquestionable player in the Mexican photovoltaic market.”

To date, the largest solar project operating in Mexico has 5 MW in capacity and the country has around 13 MW of total installed capacity.