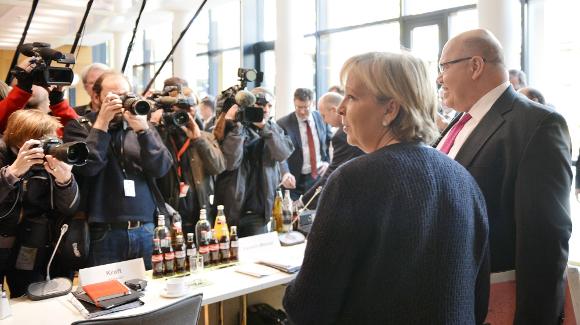 The new German coalition government struck a deal over the weekend on a rough outline for a new renewable policy, which is designed to tackle what Chancellor Angela Merkel calls a “cost explosion”.

Environment minister Peter Altmaier, and Hannelore Kraft,(pictured) the Social Democrats’ (SPD) representative in energy coalition talks, unexpectedly made the announcement that the expansion of onshore wind power in the future should be limited to “good locations” ” meaning windy areas in northern Germany ” according to the agreement.

At the same time feed-in tariffs (FITs) for such locations are also to be reduced as Merkel’s government seeks to lower onshore and offshore wind energy targets to cut the cost of the country’s transition from nuclear energy to renewable sources.

The coalition parties agreed to reduce the target for offshore wind turbines to 6.5 GW by the end of this decade, and to 15 GW by 2030, from 10 GW and 25 GW respectively. Negotiators also backed reducing aid for onshore turbines and forcing owners of most new clean-energy plants to sell power on the market.

The dilution of renewable policy will be welcomed by Germany’s BDI industry federation who had complained that the surging energy expenses were threatening jobs and investments.

Chancellor Merkel said the new government’s priority was to overhaul the country’s 13 year-old EEG clean energy subsidy law, which is blamed for the rising costs.

German consumers and companies finance clean-energy subsidies by paying a surcharge on their power bills. The fee will jump 18 per cent on Jan. 1 and has more than quintupled since 2009.

Agreement was also made to slow the expansion of biomass energy, but subsidies for solar power will remain unchanged, while fracking has been ruled out until concerns about environmental damage are addressed.