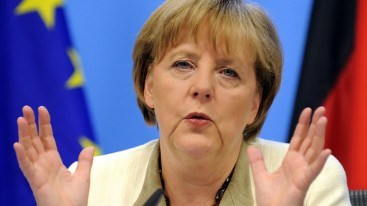 German Chancellor Angela Merkel has decided to ease cuts in offshore wind subsidies in an attempt to gain support from regional governments for her energy policy.

The decision means the government will allow more onshore wind projects and reduce cuts in offshore-wind subsidies, Economy Minister Sigmar Gabriel said after he and Merkel met with state heads.

The heads of Schleswig-Holstein, Bremen, Hamburg and Lower Saxony had been concerned that the cuts would lead to job losses in the sector.

The four northern states welcomed Merkel’s government decision to exclude projects that replace older onshore wind turbines, known as repowering, from a yearly capacity cap of 2.5 GW. It also agreed to reduce planned cuts to subsidies for turbines built at locations with low wind speeds, in a boon to developers eager to build projects in Germany‘s southern states.

Agreements at yesterday’s talks mean Merkel will meet a self-imposed deadline of April 8 to convince states and industry to back legislation setting new subsidies and capacity caps in a major overhaul to the 14-year-old EEG clean-energy law.

The government also agreed to halve the speed of regular subsidy cuts to new offshore wind farms in 2018 and 2019, and will permit more sea-based turbines, Gabriel said.

Stepping back from earlier plans to charge industry more for the clean-energy expansion, the government also said companies that produce their own power in plants fired-up before Aug. 1 won’t have to pay the EEG-Umlage, a fee to finance clean-energy subsidies that has risen more than fivefold since 2009.

This and other stories feature in this week’s PEi Broadcast below: