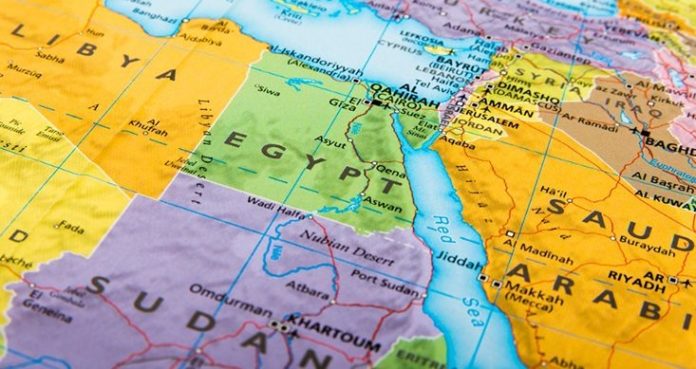 According to the latest report from the Middle East Solar Industry Association (MESIA), 2019 proved to be a record-breaking year for global solar installed capacity, which reached an estimated 617.9 GW.

The Annual Solar Outlook Report 2020 outlines the exponential growth of solar in the MENA region, achieved mainly due to tremendous cost declines leading the way towards grid parity. In October, one of the lowest bids for solar projects was witnessed, recording 1.69 cents per kWh (USD), for Dubai’s phase V of the Mohammad Bin Rashid Al Maktoum Solar Park.

The trend of MENA governments focusing on energy diversification through the implementation of large-scale projects is set to continue in the future. In the UAE, Dubai is targeting the rollout of 5 GW of capacity by 2030 from the Mohamed Al Rashid Al Maktoum Solar Park.

Furthermore, Abu Dhabi has engaged its second large PV project and considering the rollout by 2025 of several other similar large scale solar projects.

Regarding CSP in MENA, the installed capacity has doubled in the last two years, reaching 725 MW.

Saudi Arabia is now in the third year of implementation of its massive target of 60 GW of renewable energy generation by 2030. This trend is expected to continue in the near future.

It is also interesting to note that KSA and Oman (where 1.5 GW of solar is expected to come online by end 2022) have now joined the afore-mentioned solar leaders. Other countries like Pakistan and Iraq have also demonstrated an increasing appetite for the use of solar in their energy mix.

Solar power is in a constant state of innovation, with the breakthrough of many new technologies in 2019″ including bi-facial modules, thin films and the use of Artificial Intelligence, which are promising greater efficiencies in solar projects across the region.

While solar power is the main focus to offer a truly viable alternative to fossil-based fuel, efficient and cost-effective storage solutions are widely accepted as being the main game-changer over the next few years. The cost for storage is declining rapidly (a lithium-ion battery pack is expected to be as low as $62/kWh in 2030) and varied solutions such as improved concentrated solar thermal storage or large-scale liquid air storage are emerging.

Also, green hydrogen could soon become a key game-changer and provide the flexibility and stability necessary to allow management and integration of intermittent renewable energy into the energy system.

Martine Mamlouk, secretary-general of MESIA: “At MESIA, we are excited to see solar developments in the MENA region accelerating and reaching attractive tariffs, whilst lowering the carbon footprint of the regional economies.

“Total investment in renewables in MENA between 2019-2023 is expected to represent $71.4bn, a 34 percent share of the total investment in the power sector ($210bn). While the industry is reaching grid parity, it is great to see the deployment of new innovative technologies to increase efficiency of the systems, management of production and grid and it is also interesting to see how storage solutions, such as hydrogen, will bring the necessary flexibility to allow integration of a greater share of intermittent renewable energy in the energy system. The solar industry is thrilled and proud to participate in this profound transformation of the energy system, contributing to limit climate change.”