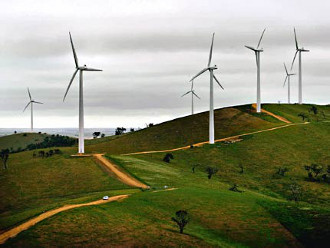 Australia’s investment in renewable energy has dropped precipitously, according to the latest numbers from Bloomberg New Energy Finance.

In the first quarter of 2014 the nation invested a mere $40m in large-scale renewable power projects, the lowest amount since 2001. For comparison, Australians invested almost $2.7bn in renewable projects (largely wind farms) in 2013.

The numbers have reportedly fallen due to market uncertainty after the government decided in February to review its 2020 renewable energy target (RET) of 41 TWh. According to the Sydney Morning Herald, industry insiders fear that the panel, which includes a reported climate change sceptic, will recommend reducing the target.

The deputy chief executive of the Clean Energy Council trade body, Kane Thornton, told the Morning Herald that Australia’s renewable energy industry is “basically at a standstill”, adding that companies, banks and investors are “really just keeping their hands in their pockets” on almost all new renewable project spending, pending the outcome of the panel’s report.

Thornton said the projects that are going ahead are supported by the national Clean Energy Finance Corp and the Australian Renewable Energy Agency.

The bad news for renewables comes on the heels of Australia’s scrapping its carbon tax.