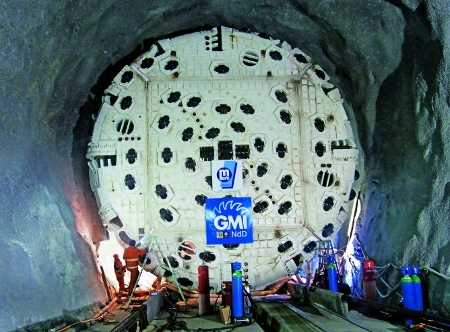 The 900 MW Nant de Drance storage power plant in Switzerland is set to commence operations in 2018, but its owners fear present conditions in Europe will have negative impact on its profitability.

The $2.1bn project, owned by the Alpiq consortium, works through having water pumped uphill at night when power prices are low and releasing it to make electricity when prices peak in the daytime – a process known as pumped storage. These plants are designed to balance Europe‘s power supply grids as they can switch on and off at the flick of a switch, unlike nuclear or coal-fired power plants.

Conditions were more favourable in 2018 when construction began but now the rise of cheaper renewable energy has cast a shadow over its potential viability. Ultimately new market conditions, such as higher power prices, a rise in CO2 emissions prices, cuts in renewables subsidies, unexpected nuclear plant closures or some form of capacity payments will be needed to see a change in fortune for the technology.

VSE, the Swiss association of power producers are calling for a capacity mechanism that would pay pumped storage plant operators for the back-up they provide. The argument is that profitable or not, pumped storage plants are essential for balancing power supply grids, which can suffer blackouts if supply and demand do not match. Only pumped storage plants can suck up excess electricity and then release it again within minutes.

In the present moment power continues to be cheap at night however traditional daytime price peak has disappeared as solar capacity in Germany floods the grids around midday.

As a result, major Swiss pumped storage projects now look a lot less profitable. Several projects in Switzerland, Germany and Austria have been put on ice.

Over the next three years, Austria’s Andritz will install metal tubing, France’s Alstom the generators, and the height of the storage dam will be increased to double its capacity to 25 million litres, enough to run its generators as long as 20 hours continuously.

According to Reuters, Nant de Drance will lose 20 per cent of the energy it pumps while older plants will lose as much as 25-30 per cent. They need to sell electricity for at least 1.3 times the price paid to pump water up, and that is before capital costs.

Andreas Stettler, head of hydropower at Swiss utility BKW, said that in 2007 power prices during the 1500 most expensive hours of the year were five times higher than during the 2000 cheapest hours, but around 2011 this ratio fell below two.

However two other storage projects with a combined capacity of 1630 MW – BKW’s Grimsel 3 and Repower’s Lago Bianco – have been suspended.