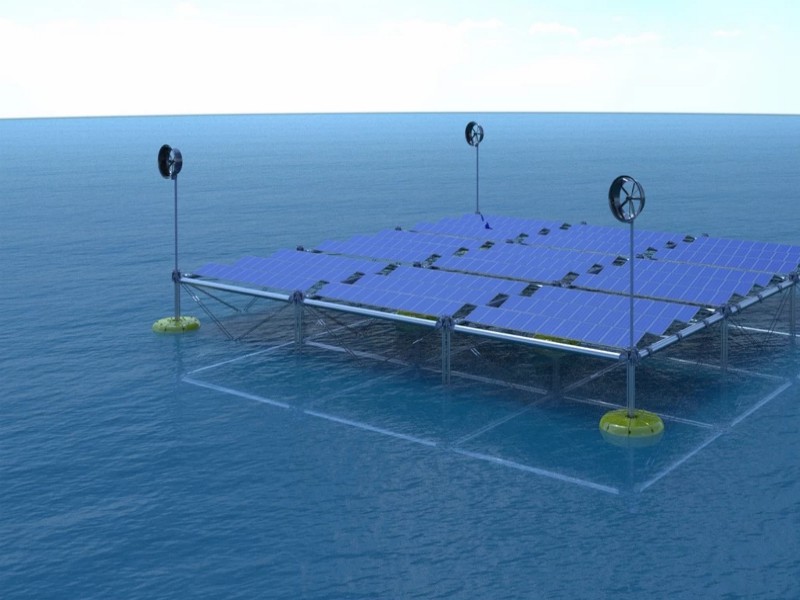 SINN Power has developed a floating ocean hybrid platform it says can be used “as a complete off-grid energy solution,” generating renewable energy from waves, wind and the sun.

Bavarian manufacturer, SINN Power, says that beginning this summer, it will offer solar panel manufacturers the opportunity to demonstrate and test their PV modules on thisà‚ platform in Iraklio, Greece.

Intensive long-term tests of the structure show that it withstands waves up to 6 meters high.

“Modularity has been a key aspect since we started developing maritime technologies which allow flexibility and a wide variety of applications,” said Dr-Ing. Philipp Sinn, chief executive officer of SINN Power. “The floating platform can supply renewable energy to island resorts in the Caribbean and contribute to the worldwide implementation of offshore wind farms. SINN Power is the first to offer a customizable energy solution using waves, small wind and PV according to climatic conditions of any location and at competitive prices compared to other proven technologies.”