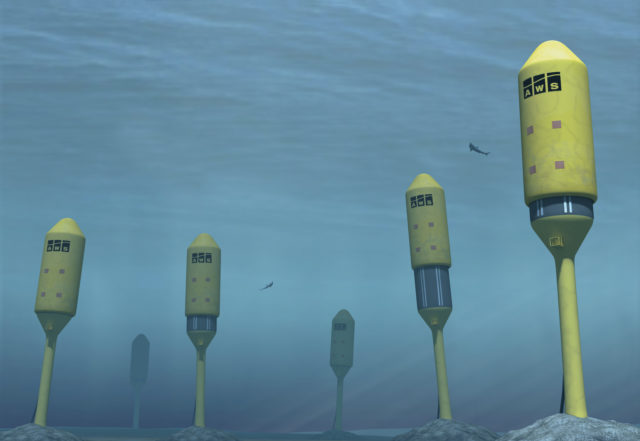 The development of the Archimedes Waveswing is funded by Wave Energy Scotland through its Novel Wave Energy Converter programme.

The Waveswing will be fabricated and assembled at Malin’s Westway Park site in Renfrew.

Ben Sharples, director Malin Marine, said: “We are thrilled to be working on this project with AWS, as it provides the opportunity to deliver a turnkey solution, building on our expertise in delivering complex, multi-faceted projects.

“This particular project enables the team to utilise their expertise in hydraulics, electrical power, air systems, pressure vessels and mooring, delivering an integral piece of equipment for the wave energy sector.”

Activity will commence immediately to create the first partial-scale converter, which will work to verify the concept to drive forward grid-scale and micro grid-scale variants.

This developmental step is supported by a continued working relationship between AWS and the wider Malin Group, which is set to continue in the future through the development of the Scottish Marine Technology Park (SMTP).

Simon Grey, CEO of AWS Ocean Energy Ltd, said: “We are delighted to have appointed Malin for this critical contract. We are really excited by the opportunity presented by Malin’s Marine Technology Park and look forward to seeing future generations of Waveswing built there”.

The SMTP, the first of its kind in Europe, will be developed on the upper Clyde at Old Kilpatrick and will be a centre of excellence for the marine industry, creating 1000 jobs.

It will feature a large fabrication facility and a deep-water jetty with a 1,100 tonne ship hoist ” the largest of its kind in Scotland ” which will be required to support the commercialisation of wave energy technology of this scale.