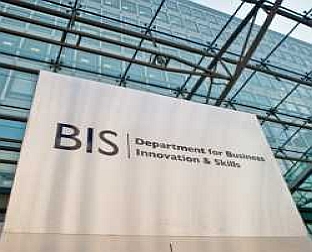 The Department of Business, Innovation and Skills (BIS) in the UK says that the marine and tidal energy sector does not yet merit priority status in terms of the Green Investment Bank’s (GIB) criteria for funding.

The governmental office was responding to a query from Power Engineering International (PEi) on why the Edinburgh-based agency doesn’t prioritise marine energy projects that are arguably much more in need of investment than onshore and offshore wind, sectors that do not appear to have the same problems in generating funding.

The GIB’s remit is to mobilise private sector capital investment into green infrastructure projects and accelerate the UK’s transition to a green economy, but it appears that the objective is to be arrived at in a particular way that is not currently favourable to marine energy investment.

Jonathan Cook of the BIS told PEi: “The best way for the GIB to attract additional finance and new sources of capital into green sectors is by demonstrating such investment can be made on strongly commercial terms. It is not that the GIB’s investments must be either profitable or green: they must be both.”

“In the period to 2015, we anticipate that at least 80 per cent of the GIB’s funds will go into sectors that have been agreed as its priorities.”

Mr Cook outlined that those priority sectors are agreed to be offshore wind, waste (processing & recycling and energy from waste), non-domestic energy efficiency and the Green Deal and added that “the government considers the bank can have greatest impact in generating additional investment in green infrastructure by focusing on these sectors in this initial period”.

The GIB can also invest up to 20 per cent of its funding over the period in the other sectors that are within its approved remit, which includes the Marine Energy sector, and the BIS official says marine energy will come more into the reckoning for priority funding if it can live up to the profitability and environmental criteria.

“It is possible that wave and tidal energy will become a priority for the GIB in the future subject to there being progress in demonstrating that such projects can provide an appropriate commercial return and meet the GIB’s investment criteria.”

“It may be noted that the programmes operated by the BIS sponsored body, the Technology Strategy Board (TSB), would be relevant to those seeking funding for the development of marine energy technologies. This is the prime channel through which the Government supports business-led technology innovation. The TSB’s programmes include the Smart scheme and Collaborative R&D programme.

PEi also asked the department why the GIB wasn’t authorised to raise its own finance. The BIS responded that the government’s commitment to enabling the GIB to borrow has always been conditional on meeting targets on reducing public sector net debt overall as a proportion of GDP.

“With £3.8 billion for the period to March 2016, the GIB will not need to borrow in the short to medium term. The government will continue to keep under review the position on whether the GIB should be free to borrow money from capital markets as levels of public sector debt begin to fall.”