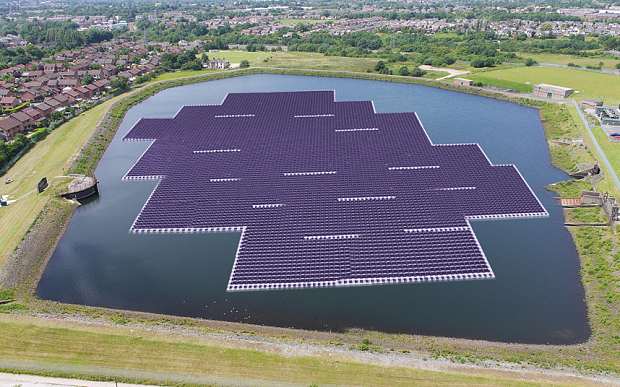 Construction has started on a £3.5m 3 MW floating solar power system at a reservoir in Godley, Manchester, a project claimed to be the biggest of its kind in Europe.

UK based water utility United Utilities has started construction of a 3 MW floating solar power system on a reservoir in Godley, Manchester, as part of its carbon reduction strategy.
United Utilities plans to test and commission the 12-week project before Christmas 2015.

Featuring 12,000 panels, spread across an area of 45,500m2, the facility has been designed to reduce energy costs, and also to reduce maintain water bills for customers in future.

The company intends to use the 2.7GWh per year of renewable, zero carbon electricity generated from the new facility to power the site.

United Utilities renewable energy head Chris Stubbs said: “We have a target to generate 35% per cent of our power requirements by 2020 and this project will make a significant contribution to that aim.