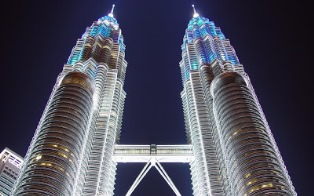 Malaysia’s progress in delivering renewables into its power mix were highlighted here at POWER-GEN Asia in Kuala Lumpur yesterday by the country’s deputy energy minister.

YB Dato’ Seri Diraja Mahdzir Khalid said that renewables had “the potential to change the industry” in the ASEAN nations and in particular in Malaysia.

“As a nation that is still in its development stage, Malaysia is faced with an increasing demand for electricity which is needed to drive economic growth while maintaining adequate supply and efficient utilisation of resources with minimal impact to the environment,” he said as he delivered the event’s keynote speech.

He explained that the government has set an ambitious target of delivering 985 MW of electricity from renewables by next year.

He added that a Green Technology Financing Scheme had also been set up and to date had approved funding for 131 projects.

And he stressed that as well as a drive for renewables, the government was backing to use of clean coal technology in all new cola plants “to mitigate and reduce the effect of using coal in the fuel mix”.

Video News Daily from the first day of POWER-GEN Asia