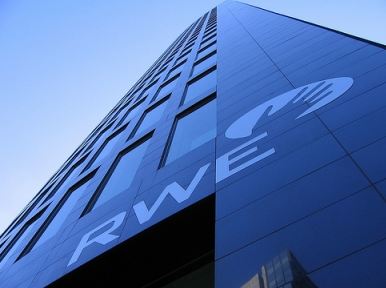 According to energycollective.com, the board of Germany’s RWE (FWB:à‚ RWE) agreed last month on the momentous change in strategy and the move is now being evaluated within the company at large as well as investors.

A recent strategy paper gives further credence to the decision, as it proclaimed, “The massive erosion of wholesale prices caused by the growth of German photovoltaics constitutes a serious problem for RWE which may even threaten the company’s survival.”

RWE confirmed toà‚ websiteà‚ Energy Post that the new strategy has been discussed within the company and with investors.

According to the documents, RWE wants to depart from its traditional developer and ownership roles of centralized power plants and instead help use its expertise to help manage and integrate renewables into the grid.à‚

“The guiding principle is ‘from volume to value’ with technologies ranging from large-scale offshore wind and hydro to onshore wind or photovoltaic. But we will no longer pursue volume or percentage targets in renewables. We will rather leverage our skill set by taking a ‘capital-light’ approach. Based on funds sourced largely from third parties, we will position ourselves as a project enabler and operator, and [as a] system integrator of renewables,” read the documents published by Energy Post.

“Developing an innovative and profitable prosumer business model is a challenge we also need to address successfully, as we see a billion-euro market emerging alongside our traditional value chain.”

RWE’s share price has lost one-third of its value over the last three years due to the European energy transition and the company now looks to be addressing the possibility of further shrinkage in the most dramatic way possible.

Meanwhile chairman of the supervisor board at RWE Innogy, Dr Fritz Vahrenholt, told Power Engineering International midweek that despite reports in the German press, “there is no RWE strategy to transform its business completely to renewables. The last target for renewables was 25 per cent of the capacity (not production) in 2025. Today 95 per cent of the power is conventional. But because of the devastation of the market many of the power stations are out of money.”

“RWE is shifting their activities to sales, tradingà‚ and decentralized power.”

Handelsblatt appears to back up his contention that there will remain a proportion of the business dedicated to conventional power, even ifà‚ RWE Chief Executive Peter Terium wants no further investments in fossil-fuelled powered plants, according to the German daily.

“In 2020, conventional forms of power generation should contribute no more than one fifth of the operating result”, according to Mr. Terium’s plans, the article says. He also wants to develop new business models for decentralized power distribution, Handelsblatt reports.