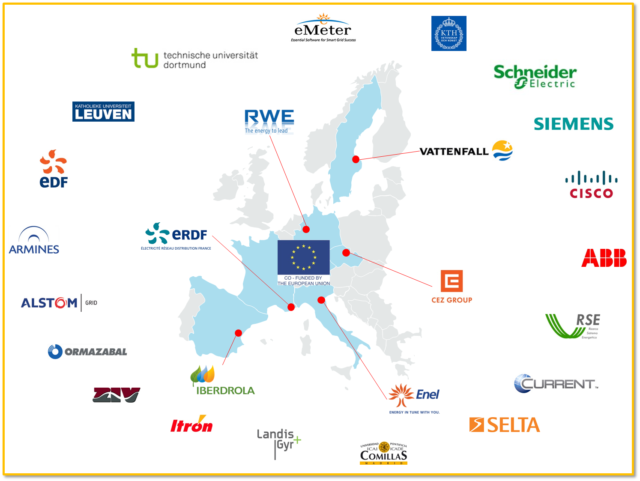 The Nice Grid, a major pilot project designed to improve the integration of renewables on to the grid, has provided some telling data so far on the limitations of the technology.

The conclusion is as more renewables comes on tap, better storage will be needed to keep the power produced when it is sunny and windy so it can be used at other times.
At the moment, according to current performance the technology is too expensive.

The EUR30m pilot is one of the biggest in a European Union-backed “Grid4EU” scheme in which France’s EDF, Italy’s Enel, Spain’s Iberdrola Czech Republic’s CEZ, Sweden’s Vattenfall and Germany‘s RWE are testing the power grids of tomorrow.

In the village of Carros on the outskirts of Nice, EDF’s power grid unit ERDF has connected compact batteries to solar panels on rooftops and utility-size batteries to its local power distribution network.

The technology works perfectly but the pilot has shown it is still too expensive for wider rollout.

“The economic model of the batteries is not mature yet,” Philippe Monloubou, chief executive of French grid operator ERDF utility told Reuters.

Software developed by France’s Alstom regulates the flow of power on the Carros network, and is already widely used in other cities and countries.

From the Nice pilot, ERDF has learned that battery storage in Europe costs 500 to 1,000 euros per kilowatt/hour (KWh), with an extra 30 percent for installation and the inverters that turn direct current solar power into the alternate current used on the grid, an ERDF official said.

At that level, battery storage would already be economically viable in certain parts of Germany and Denmark, where renewable energy use is most advanced and where retail power rates, at around 30 eurocents per kilowatt/hour (KWh), are among the highest in Europe, according to Eurostat data.

But that is not the case for France, where residential power rates are around 17 cents per KWh, and most of Europe, where power averages about 21 cents.

Some analysts expect the tipping point for batteries in Europe could come around 2020. The ERDF official said it is hard to forecast by how much more the cost of batteries would have to fall to become viable for grid storage. “That is one thing we will have to evaluate at the end of the Nice pilot,” he said.

Compared to the cost of solar panels, the cost of batteries has been slow to fall, but as renewables become a greater part of Europe’s energy mix, the need for technologies to overcome the intermittency problem will also increase, which is why project developers, Saft, has set up a division for utility-scale power storage.